In the last two years, the Financial Services Authority has received 46 complaints of illegal online loans in Lampung, Indonesia 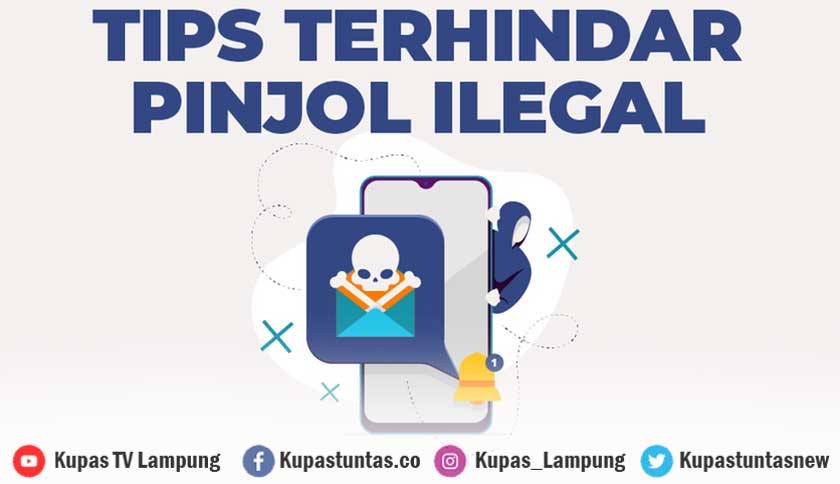 Head of Indonesia's Lampung Financial Services Authority, Bambang Hermanto said, in 2021 there were 14 complaints. Whereas in 2022 there were 32 public complaints, with a total of 59 illegal online loans.

"Types of reports of victims of illegal online loans received include intimidation and impolite billing, then large interest and large administrative fees," said Bambang, when contacted by kupastuntas.co. Monday 23 January 2023.

"Among them are crimes by the police and blocking of illegal online lending entities. In addition, the Investment Alert Task Force also conducts cyber patrols, to search for and find illegal loan entities for further blocking of these entities," he said.

So that people who are victims of illegal online loans can make complaints by coming directly to the OJK office in Lampung Province or email alertinvestasi@ojk.go.id or Instagram: @satgaswaspadainvestasi. Or to the Police, Attorney General's Office, Bank Indonesia, and others, to be further processed by the investment alert task force.

"But what must be understood is to check the reasonableness of interest rates and fines. Read, research and understand loan agreements such as the amount of interest, installments and penalties imposed. Don't be tempted by the lure of fast loans without collateral. Ask questions if it's not clear and save evidence conversation check Complete Identity online loans, such as office addresses, customer service, and administrators," he said.

In addition, also check the requirements whether reasonable or not. Because legal online loans that are registered and licensed by the Financial Services Authority are only allowed access to Camera, Microphone and Location. Meanwhile, illegal online loans will ask for access to all data on cellphones such as contacts, photos and videos.

However, there are still many people who make illegal online loans because the literacy level of the community is still low, then they do not check legality, then they have limited understanding of online loans and there is an urgent need due to financial difficulties.

"Illegal lenders find it easy to upload applications or sites or websites. So it's difficult to eradicate because many server locations are placed abroad," explained Bambang.

Economic observer from the Center for Urban and Regional Studies, Erwin Octavianto said, online loans are generally facilitated by online-based financial institutions or Peer-to-Peer Lending which is an Information Technology-Based Borrowing and Borrowing Service.

"Online loans outside of today are quite widespread and many are also unofficial or unregistered by financial services authorities or illegal," he said.

In fact, he continued, if you look at the characteristics of online loans themselves, in general they are short-term loans with a maximum loan term of less than two years and a limited amount.

"For Entrepreneurs, online loans are an effective short-term funding alternative. Because they don't take long, they are without collateral or guarantees, and tend to be fast. But sometimes not all people have positive knowledge and information about the benefits and functions of the loan itself," he said.

"Most of our people who make loans online are still oriented towards consumer loans, which then add an additional burden to their living expenses," he explained.

"Usually in the middle of an agreement there are many changes that are not known to the public, which results in an increase in loan obligations which has an impact on the amount of financing at the end. Ultimately it causes default, so the problem becomes more complex," said Erwin.

Erwin emphasized, here what is the role of the financial services authority as a government institution whose function is to organize an integrated regulatory and supervisory system for all activities in the financial services sector, it is necessary to socialize this online loan to all levels of society, especially the lower middle class.

The existence of cases of illegal online loans indicates that the Lampung financial services authority functionally does not carry out the principle of strict supervision of illegal loans, so that it is very detrimental to the community.